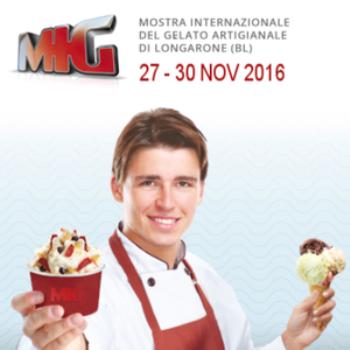 The first edition of the “International Exhibition of Gelato”- MIG – dates back to December 1959. Every year at the beginning of winter this international fair on “cold sweet” makes Longarone (Belluno) the gelato capital, drawing the attention of gelato makers from all over the world. Forty years ago things were different. The initiative began modestly for the willingness of local people: there were only 18 exhibiting companies in the traditional meeting point of the gelato makers from the Valley of Zoldo and Cadore. During the winter, they came back home at the end of the work season from the ice cream parlours of Germany, Austria, The Netherlands, and other European countries. Soon the initiative became more important, but on the 9th of October 1963 everything stopped because of the Vajont disaster. A terrifying wave of water overtopped the dam, destroying Longarone and most of the nearby villages, killing 2.000 people. All the documents of the International Exhibition of Longarone were destroyed and they had to start all over again.